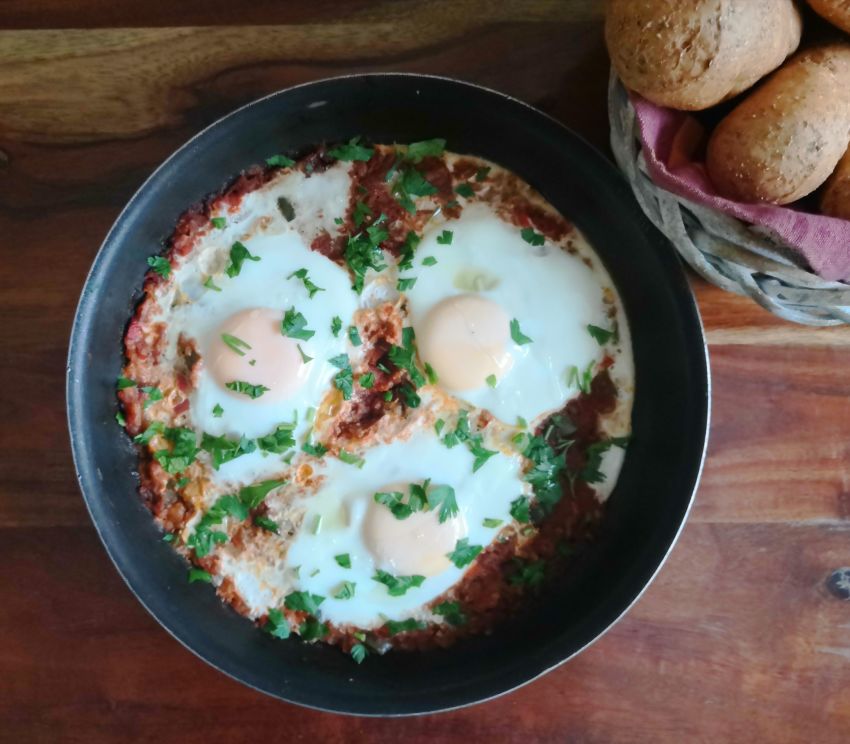 Shakshuka is a popular middle eastern breakfast, which I came across through a documentary. It is said to be native to Palestine and adapted by Israel too, where it is served as breakfast. Super easy, healthy and versatile as it can be, and sure to please as a breakfast, brunch, dinner or late night crave snack. It's a one skillet meal that can be put together with minimum efforts and the least dishwashing! It's that kinda dish where you can cook and serve in the same skillet. That's how its traditionally served as, in an iron skillet that is! Goes well with almost any kind of bread, especially the good old Pita. You can cook it either to a runny consistency or to a slightly boiled egg one as per your taste and liking. You can always stir up your own version of Shakshuka by adding your favourite ingredient like, parsley, spinach, mushroom etc (don't over load it though). My son demanded it to be served with cheese sprinkled on top! which obviously was an instant hit as well. Here I'm sharing a basic shakshuka recipe for you to try. Go on and stir it up and go for a ticket less ride to the middle east!

Here is a step by step ride into the Directions: 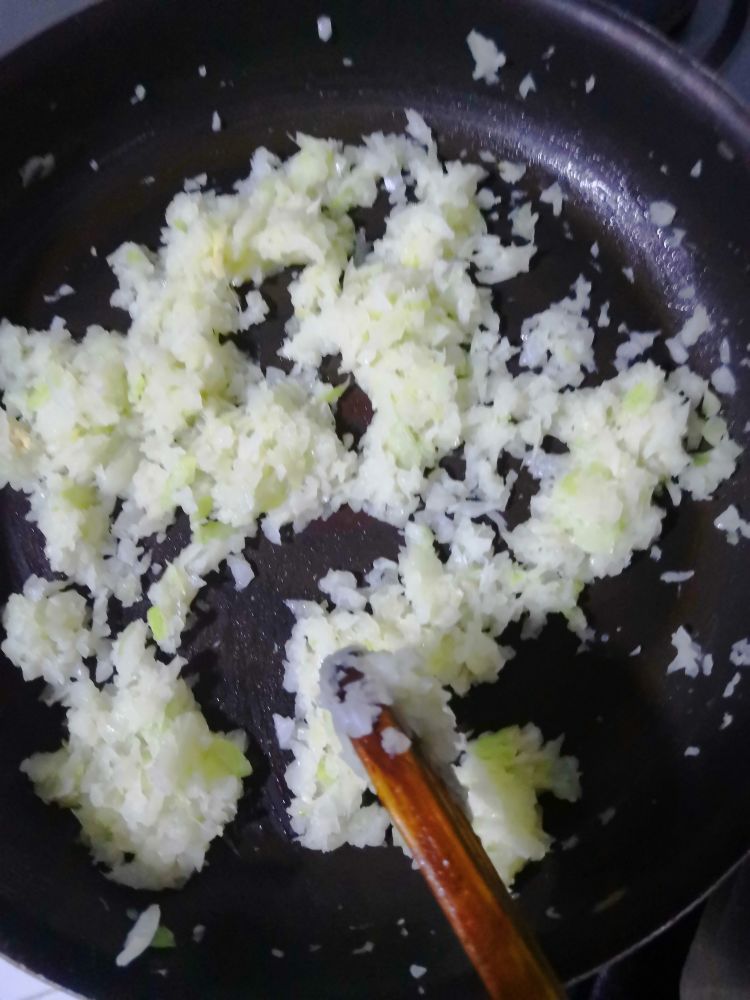 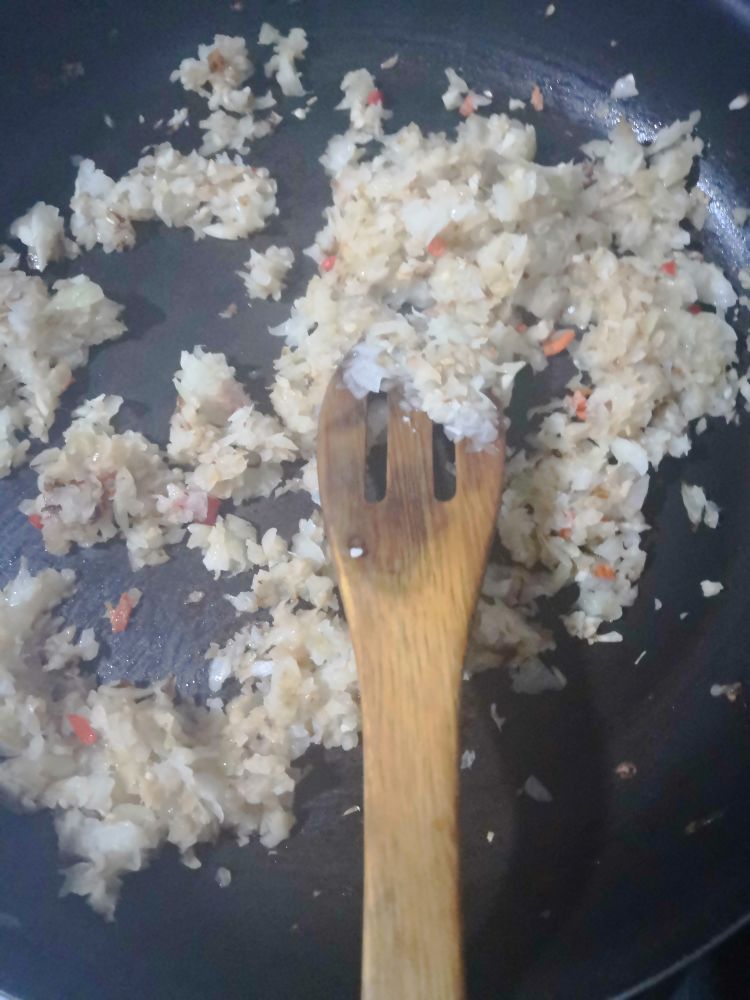 3. Add the capsicum and stir fry for about 4-5 mins, or until it softens. 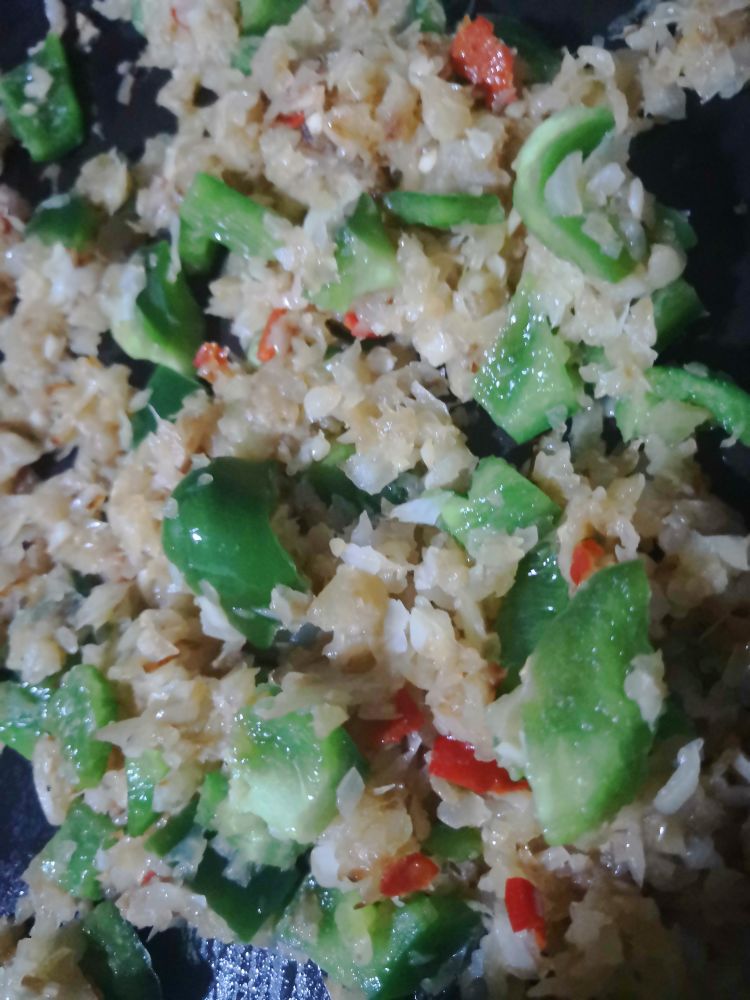 4. Add the chopped tomatoes, salt along with the tomato ketchup, cover and allow it to sweat and saute till it gets mushy and well incorporated, about 5-6 mins. 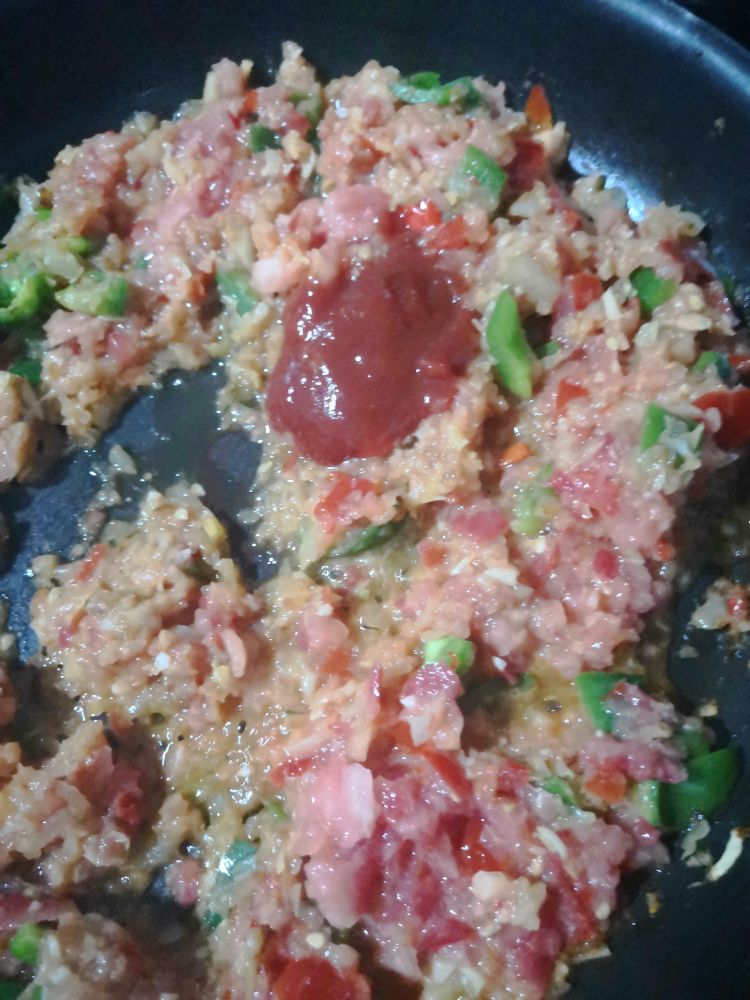 5. Add the sugar and all the remaining spices and stir well to incorporate. If the mixture turns very dry and sticks to the bottom of the pan, sprinkle 1/4 cup water to get a thick saucy consistency. Allow it to cook through for about 3-4 mins. Taste it and season it according to preference. (you need to do it at this point before adding the egg)

6. Break in the eggs onto the surface of the shakshuka sauce, at appropriate distance. 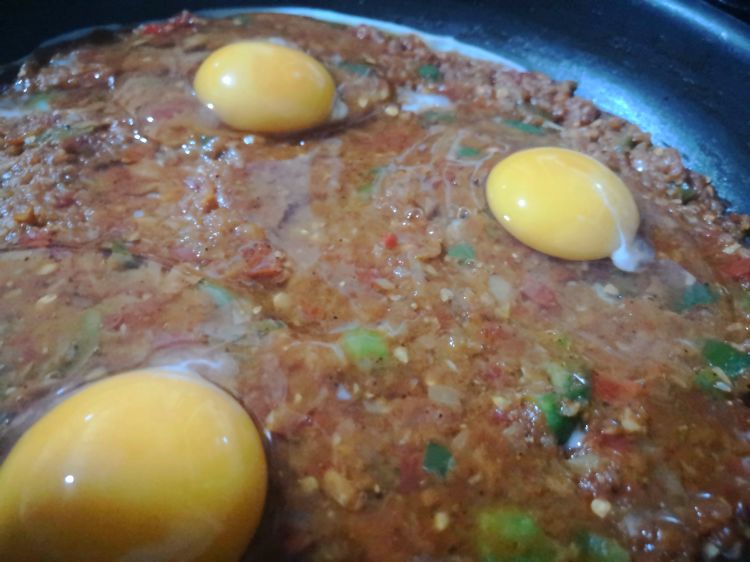 7. Cover with a lid and cook for about 8-10 mins on low heat. (cook as per your desired egg preference, more time for boiled and lesser for runny). Keep in mind that it will further cook for a bit once off the heat. 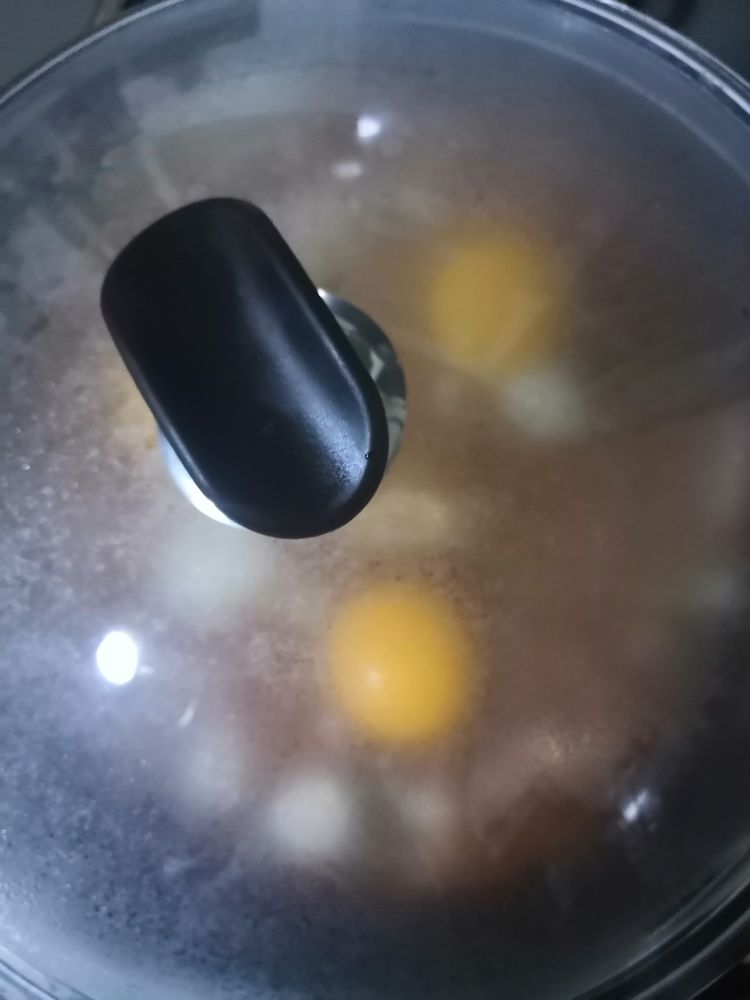 8. Garnish with a sprinkle of salt and pepper along with chopped parsley on top. Shakshuka  breakfast is ready to serve with your favourite choice of bread or you could upgrade it to a dinner by itself with a salad on the side.Enjoy!! 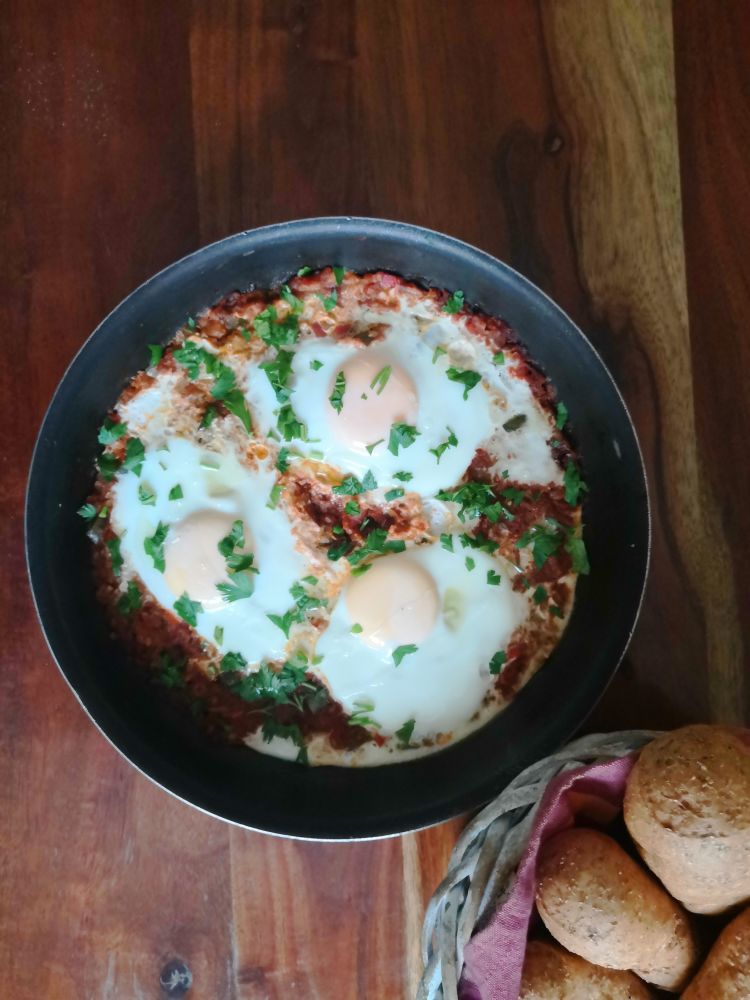 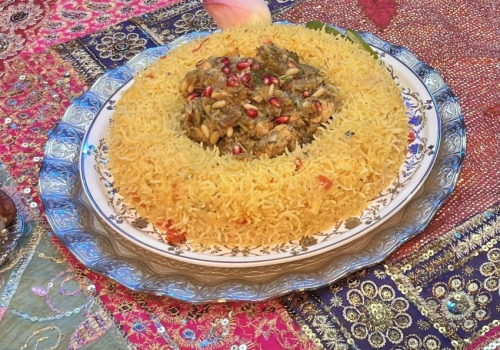 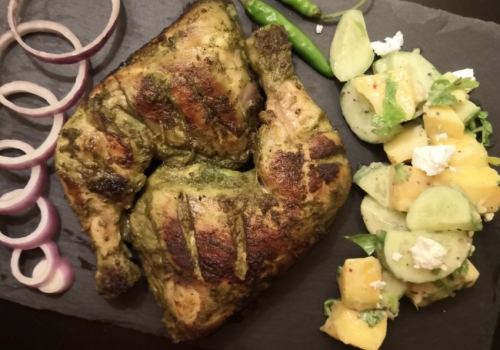 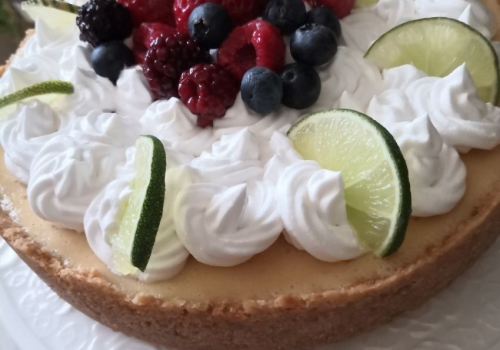